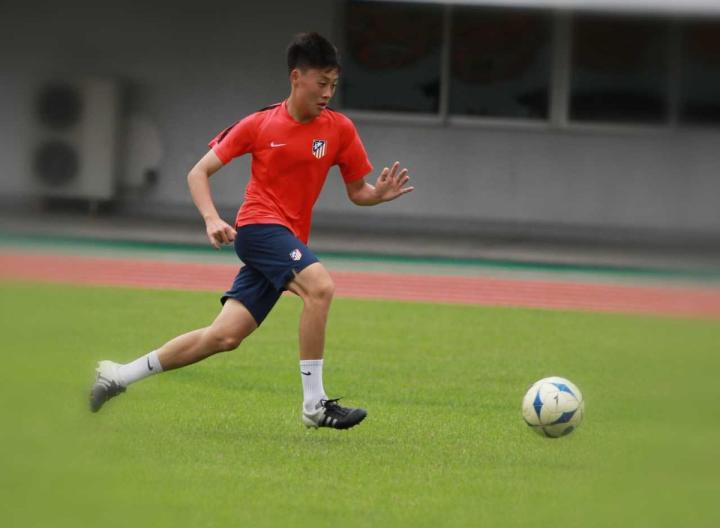 Born on August 2, 1999, he is 21 years old and is a forward on the field. Liang Huan is also a member of Wanda's Spanish youth training program. After a period of training in the Atletico Madrid youth training system, Liang Huan played for the Alcala U19A team in the Spanish U19 National League, the Spanish C team Astorga Atlético and the Madrid Autonomous Region A Alcala B team played for the league. Xian Tao was born on February 12, 1989, and is now 31 years old. He is an avant-garde player. In 2006, Xian Tao started his career in Harbin Yiteng at the time, and succeeded in scoring with the team that year. In 2009, Xian Tao represented the Shandong team in the provincial games that year. Since then, Xian Tao has also played for Hebei Zhongji, Jiangxi Liansheng and Dalian Gigabit. On June 24 this year, Xian Tao announced his retirement, but now Xian Tao chooses to return to the green field and continue his career. 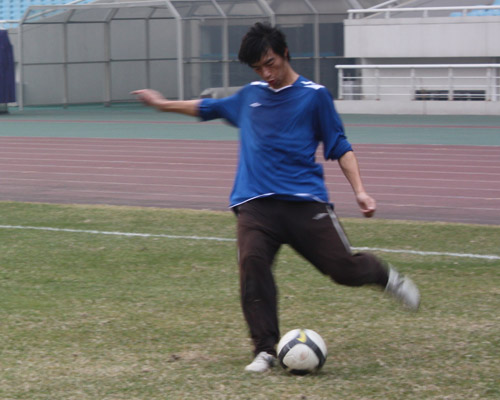 Li Xiang, born on January 25, 1991, is 29 years old and can serve as a forward and central defender on the field. Li Xiang came out of the Tianjin TEDA youth training. Since then, Li Xiang has played for Shenyang Dongjin, Beijing Beijing Institute of Technology, Hunan Xiangtao and Beijing North Sports University. During his last season at Beijing North Sports University, he played 15 times in the Chinese League, including 5 starting appearances. He played 2 times in the Football Association Cup, both of which were the starters and played 90 minutes. 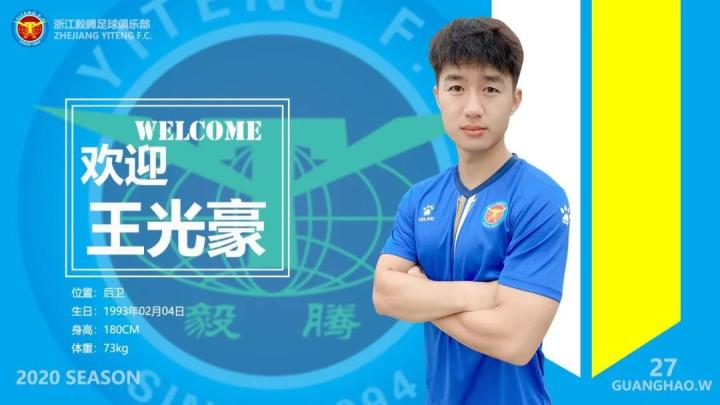 Today, Nuaili Ziming joined Zhejiang Yiteng on loan from the Sichuan Jiu Niu reserve team. The lease period ends at the end of this year.

Nuaili Ziming was born on January 13, 2000. He was 19 years old last year and represented Sichuan Jiu Niu in the regular season of China B. He played 30 times and scored 5 goals; he played 2 times in the play-offs and scored 1 ball. Nueri Ziming is definitely a star of hope worth looking forward to. 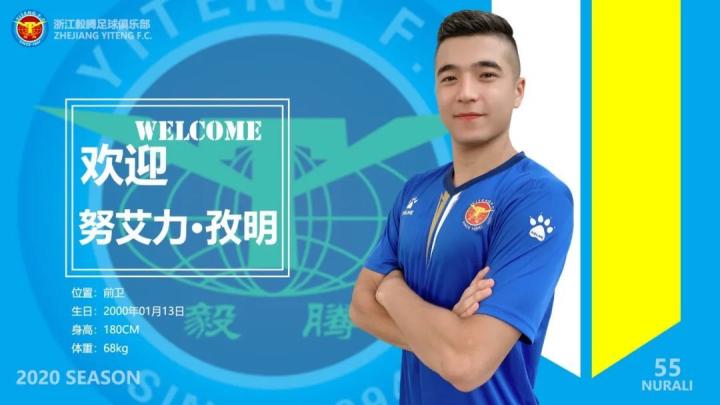 Wang Yunzhe was born on January 21, 1989, and is now 31 years old. Wang Yunzhe played for Shijiazhuang Junhao and Ningxia team. He played 10 times for Yinchuan Helanshan last season, including 8 starts. 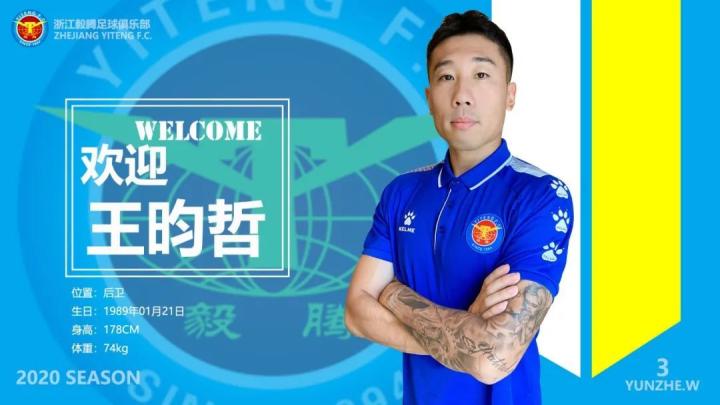 Zhao Yuan was born on February 15, 1995, as a defender on the field. Zhao Yuan comes from the Greentown Football Academy and was selected for the China U19 National Team in 2013. He played 10 times for Jilin Baijia last season, including 9 starts. 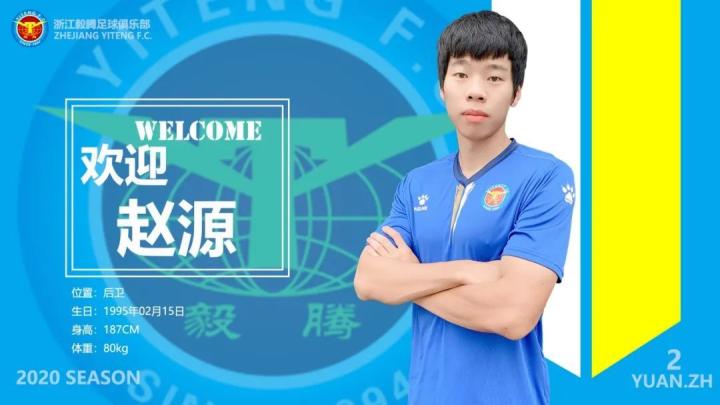